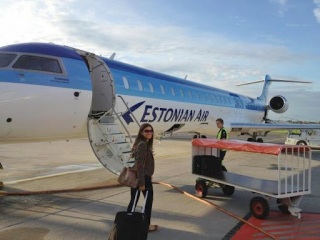 On day 8 of our journey we made the flight from Tallinn, Estonia to Amsterdam. We had an early flight and gained an hour so we were in great shape when we got to the city; we had all day. After checking in we set out on foot to find a good lunch spot. Along our walk I was continually impressed with the architecture and style of the buildings around us, they were all so beautiful. The canals create a radial pattern around the city center and make for a wonderful backdrop full of romantic bridges. One thing that couldn’t be missed was the amount of bicycles ALL OVER the place. There were a ton of people riding bicycles but there were also a ton of locked bicycles along every bridge, post, and tree in sight. Jerry had told me there’d be a lot of bicycles in Amsterdam but I think both of us were surprised with the amount of people and bicycles there actually were. This probably has a lot to do with it being August, one of the most popular months to travel to Europe-I read that somewhere at some point.  [JP Note:  I’ve been to Amsterdam a few times before, but several things stood out more to me this time than in the past.  I imagine it was indeed due to the popular european holiday month of August.  Funny enough, Amsterdam was the only city where we did NOT rent bikes on this trip] 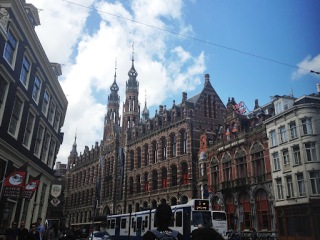 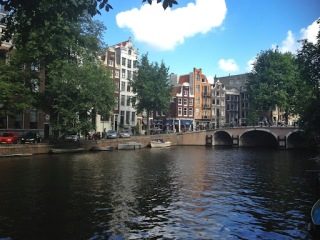 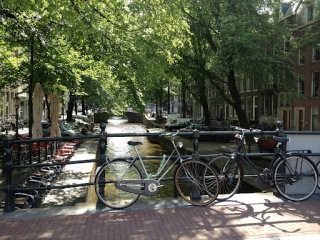 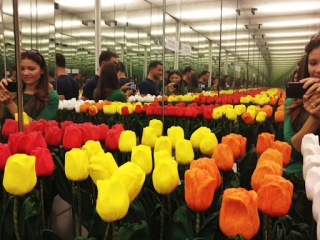 We came across the tulip museum while looking for a lunch spot and stopped in. The museum portion had an educational video on the origin of tulips and their rise to popularity in the Netherlands followed eventually by the crash of the tulip market. The photo to the right was in this little room between the museum and the store, I love the idea! They surrounded this little 3′ x 4′ room with mirrors and tulips and when you went inside you had to wait for 30 seconds before an automatic door, one of the mirror walls, opened and let you in to the museum. Until then, you stood in an endless field surrounded by tulips, How neat it that? The museum also had a lot of tulip bulbs for sale but they only had 3 types that were certified to take back to the states so we got some of each type. I’m very excited about planting them this fall/winter. The owner of the museum was great, a very knowledgeable and approachable man. He asked what state we live in and told us when we should plant the tulips; in Georgia you can plant them as late as late November or early December.[JP:  we also overheard him giving local seasonal advice for regions in France and Italy to people in French and Italian.]

La Oliva, a Spanish restaurant, was where we had lunch. We had 3 different types of tortilla (that’s plural), but Spanish tortilla are not your typical tortilla chips. A Spanish tortilla, as I learned, is best described as a thick egg omelette with potatoes. These omelettes can then be topped with an endless number of items.We shared a ham and cheese tortilla, a goat cheese, tomato, and pesto tortilla, and a lettuce, tomato, and asparagus tortilla. All the tortilla options were laid out on the bar and you just chose which one you wanted. 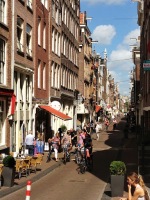 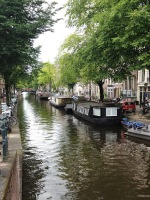 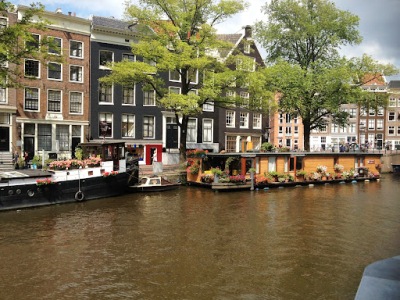 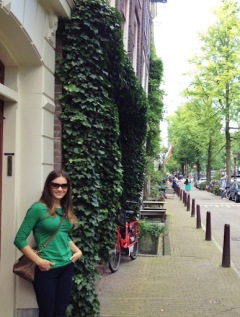 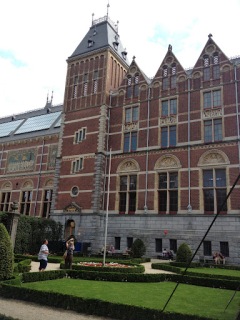 After lunch we got on a canal bus (a ferry) for a bit and it took us to the Rijks Museum, the Dutch national museum. Once there we had the option of taking an art or a history tour. We chose history…while I love and appreciate art, history seems far more important to me, but then again, all the history was portrayed in the form of art so I guess they sort of depend on each other. The museum focused heavily on the Golden Age in the Netherlands and its rise and fall as a super-power. There were a lot of works by Rembrandt van Rijn who is generally considered the greatest  painter in Dutch history. I was most impressed with his large paintings with 10+ people in them, how is that done? 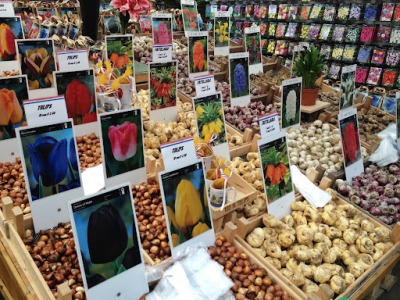 Amsterdam has a very extensive flower market. While there is a heavy focus on tulip bulbs in all the shops making up the market, there were plenty of fresh but flowers, planters and souvenirs as well. I spotted a Christmas shop across the street and couldn’t be kept out of it. We went in and found a nice ornament of delft blue porcelain (which happens to be very popular) for our Christmas tree. This Christmas shop was called Christmas Palace and it even had a countdown of the # of days until Christmas, which happened to be 131.

[JP side note:  Natalya and I recently discussed parenting and how people react when their children are disciplined by other adults – at school, for example.  The general theme of our discussion was how some parents always defend their children and scold the teachers, while other parents support the teachers and assume the children must have done something wrong.  We agreed that we favored the latter approach and supporting the notion of respecting adults.  So there we were in the Christmas shop when something very funny and related happened.  Some kids (boy and girl under 10) were running around all the delicate trinkets, and the shop owner kicked them out.  “You want to play?  Play outside.  Get out!”  It was awesome/hilarious.  Kicked them out into the street with the dope fiends.  Their mother turned out to be a whiner, so it was awesome to see her disbelief and horror when she realized what happened.  I think she was American, unfortunately.  “Did he kick them OUT?  He kicked them OUT?  Did you kick them OUT?  Well then I’m not going to buy any ornaments then… blah blah”.  So I kicked her out too myself.  Not really. But that would have been awesome – so let’s pretend.] 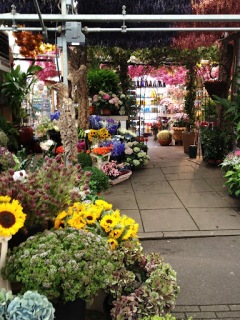 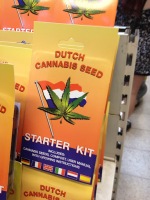 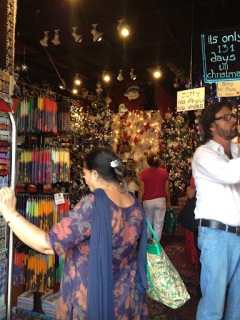 [JP:  HAH that’s the dude that kicked out
those punkassed kids!!!] 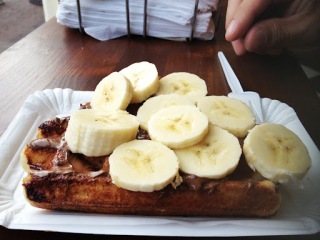 Our feet became quite sore and we were tired from all the walking so when we came across a foot massage place we did not turn it down. Foot massages are the best. After our massages we stopped for a snack. Jerry had a very popular Dutch snack, a waffle with Nutella and bananas, and I had a scoop of lemon ice cream. This place had cannabis infused ice cream in 4 flavors, very interesting. 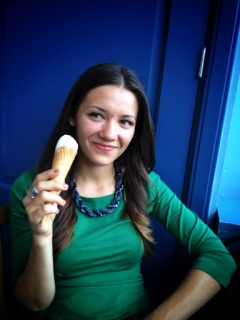 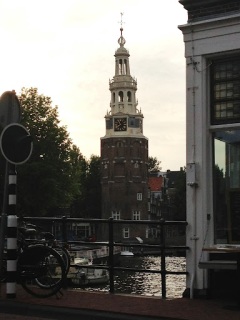 For dinner we ate a a Dutch restaurant called, Greetje. The chef here takes traditional Dutch dishes and puts a modern twist on it. While the meal was fairly heavy, because as I’ve learned all Dutch, Estonian, and Finnish food is no matter how you fluff it up, the dinner was delicious. We didn’t dare think about dessert tonight, we were far too stuffed.

This entry was posted on August 19, 2012 by natalyaperullo in Travel.